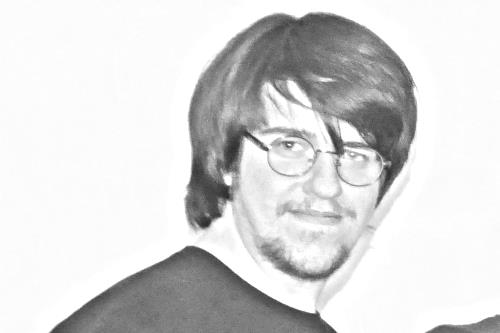 In this facultative summer internship done while I made my first year of my IMAGINA master, I had to lead a team as the project leader, and to develop it as the lead developer.

For a week while the internship, I was led to discover game development Scratch to children at Nimes (France) with the association Les Milles Couleurs.

While this work placement internship done to achieve my 2-year undergraduate diploma in technology, my internship subject was to create an interactive checklist generator to a PDF file, with LuaTeX.

The IMAGINA (IMAges, Games & INtelligent Agents) Master helped me to improve my skills in these domains :

BSc. Computer Game Development - University of the West of Scotland

I went to Scotland with the ERASMUS program to pass the BSc. Computer Game Development, where I improved my English, and also learned these skills :

I learned with this diploma specialised in Digital Imaging the basis of computer science. I discovered the software and web development, and I also learned these skills :

'A' Level in Scientific and Engineering subjects - Lycée Pasquet Arles

While I was at high school, I learned the logic and computer science basis that I still use today. I also chose the ISN option (IT & Numeric Science), which let me have my first impressions about being a software developer. I learned these skills :

Escape is a Pixel Opera project, where we created the introduction to the project during my internship at ECDC. The project was created for Tetsuya Mizuguchi for his visit at Montpellier. He approved the project and invited to achieve the game. I was the project leader and lead developer.

E.L.E.C.T.R.O.N is a project made during my internship at ECDC. The assets and the game itself was made by pupils and high-schoolars from the Occitanie region. My role was to initiate students to game development with Clickteam Fusion then to merge all the work done into a final version made with Unity. The project received the National award of artistic and cultural boldness in 2017.

Vendetta was the main project during my BSc at UWS. It is a top-down shooter in a retro style, where the story takes place at Toronto in the sixties.

Roultaboul is my first created game, made for a contest for Octobre Numerique. The game is a 3D platformer, where we roll a ball in different levels.